Actor Lee Jong-suk has very pale skin. It’s so milky white that for his television drama roles, his makeup artist uses a darker foundation to give him more color, Lee says.

But in the new thriller “V.I.P,” which opens in local theaters Wednesday, director Park Hoon-jung decided that Lee’s pearly complexion would suit his role as the chilling North Korean serial killer Kim Kwang-il.

“I was filming a Chinese drama when I came across the script for ‘V.I.P.’ I wanted the role so badly that I sought out director Park and told him I really wanted it,” Lee said in an interview in Palpan-dong, Seoul, Monday.

With delicate features and a tall, slender frame, Lee has starred in numerous K-dramas as the romantic male lead. The 27-year-old is known for shows like “I Can Hear Your Voice,” where he played a mind-reader suffering from a traumatizing past, and “Pinocchio,” which saw him as a repo rter fighting for justice. Last year, Lee won best actor at the MBC drama awards for his performance in “W.”

Though Lee does not object to his boyish image, he had always yearned for more charismatic roles, he said. “The kind of gravitas that people like Jang Dong-gun have when they’re in front of a camera, scowling and smoking a cigarette – I don’t have that,” he said, referring to his costar in “V.I.P.”

Lee is 80 percent satisfied with his acting turn, he says. “That kind of powerful expression was fun. It felt like I had done some proper acting.”


In “V.I.P.” he’s a haughty member of the North Korean “nobility” who views all people as beneath him and sneers at his captors. He enjoys classical music and classic novels. Killing is nothing more than a hobby for the character, who shrieks with mirth after murder.

Lee had sought to portray a d ifferent kind of psychopath. “You see a lot of killers in movies who feel euphoria after killing. Director Park said it would be really new, and would suit me better, if I would rejoice like a little boy who’s gotten what he wants.”

But the actor was not without worry over his radical transformation.

“I’ve received a lot of love for my kinder characters. And I was worried that I wouldn’t be convincing as a villain.”

He was also concerned about his fans, mostly young Asian teens.

“I get so many messages on social media, but I came across one from this one fan who seemed young. She asked if she should see the movie. I rarely reply, but I wrote back, ‘Thanks for the support, but I think it would be better if you waited until you were older.’ I wouldn’t want to traumatize her.”

Lee has been taking on back-to-back projects for the past few years, but he’s n ot ready to stop just yet.

“I plan to consume my image and my acting as much as I can. After I’ve shown so much of myself, I might be driven to find new aspects of myself. Or I might slowly stop getting offers. People might stop being curious about me. Then, I might just disappear (from the acting scene). I think that would be okay,” said Lee who described himself as melancholic and introverted.

Next month, Lee is set to star in the SBS drama “While You Were Sleeping” alongside Suzy.

In his interview for High Cut (Vol 204), Lee Jong Suk said that Suzy is very beautiful, so he immersed easily in their romantic scene.

“When we were filming While You Were Sleeping, Suzy kept calling me Ahjussi because I did some Aje-gag. But I’m still in my twenties though….I was shocked.” *laugh*

On August 21, Lee Jong Suk engaged in an interview at a cafe in Seoul and shared about the time he replied to a fan’s direct message on social media.

He explained, “Recently, I got a message asking, ‘Oppa, I’m underage but I really want to watch your movie. Can I?’ I don’t reply to my messages and usually don’t check it often but I was surprised so I replied right away when I saw that message.”

The reply from Lee Jong Suk stated, “Thank you for your support but please watch it when you become an adult.” The actor continued to explain, “A lot of my fans are young so I was worried they might get shocked so I replied immedi ately after I got the message.”

In Lee Jong Suk’s new Rated R crime thriller film ‘VIP’, he turned into a brutal criminal from North Korea. The new movie is hitting the theaters on August 24. 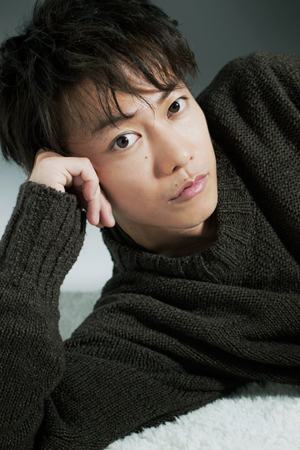